Leeds returned to the top of the league with a deserved one nil win at Hull. Hull’s basic plan was to park a jumbo jet in front of the goal and play for a draw. Leeds dominated possession from start to finish however it was the lack of ruthlessness in front of goal which will concern Marcelo Bielsa. For the third game running Leeds should have scored at least two or three goals. The poor finishing meant that the Hull could have scraped a very unjust draw when in fact the game should have been over by halftime. Tyler Roberts was the hero with a long-range shot which sneaked into the net at the left-hand post. Leeds were more than owed that bit of luck considering their recent their excellent performances of late. We move on to Brentford at Elland Road on Saturday.

Grinding Out The Win:

Unlike the last two games, Leeds got the win that they thoroughly deserved. Of the few Hull fans who decided to show up on Tuesday night, not one home supporter could ever argue that Leeds were not justified winners. Leeds were dominant throughout and were excellent in patches. Leeds controlled the ball and had an impressive 67% possession. The Leeds game plan forced Hull to defend for most of the game, and it was only from a Leeds error or a set piece where a Hull could likely to score. Some of Leeds passing was sublime to watch while they were also very sloppy at times in the first half. The change of formation to the 3-3-1-3 system pushed Hull deeper and lead to the Tyler Roberts goal. Leeds should have had the result sewn up in the first half. What impressed me the most was that they never let Hull seriously threaten an equaliser in the final 40 minutes of the game.

Marcelo Bielsa and his staff outclassed their opposite numbers yet again this season. Nigel Adkins was full of praise for the Leeds style and for the amazing impact of his South American counterpart. I think he is starting to dawn on the rest of the league just how much revered Marcelo Bielsa is across the world. The man is a total genius, and there is no denying that. Every Leeds fan must also commend Andrea Radrizzani and Viktor Orta for meeting the majority of Bielsa’s wishlist and keeping him happy. The belief and the massive level of improvement his philosophy has instilled in the Leeds squad is remarkable. Bielsa is operating on a superior level to all other managers in the Championship.

The one criticism of the Leeds team in the past few games has been their lack of a ruthless edge in front of goal. The first half against Hull should have seen Leeds score at least two goals. The loss of Pablo Herandez, Patrick Bamford and Kemar Roofe has been the significant reason why Leeds have failed to capitalise on their numerous goal-scoring chances of late. Tyler Roberts performed and is getting better with every game. For a young man of 19,  his future looks very bright. Leeds had a total of 11 shots on goal but only one on target. It seems as though none of the injured players will return for the Brentford game on Saturday. Brentford’s approach is to play decent attacking football, so it is prudent to assume that it will be an open game. An open attacking match will suit Leeds, and they should enter the international break as the league leaders. My mantra of Leeds keeping clean sheets will be crucial against the Bees. If Leeds can keep Brentford scoreless, I expect them to win. 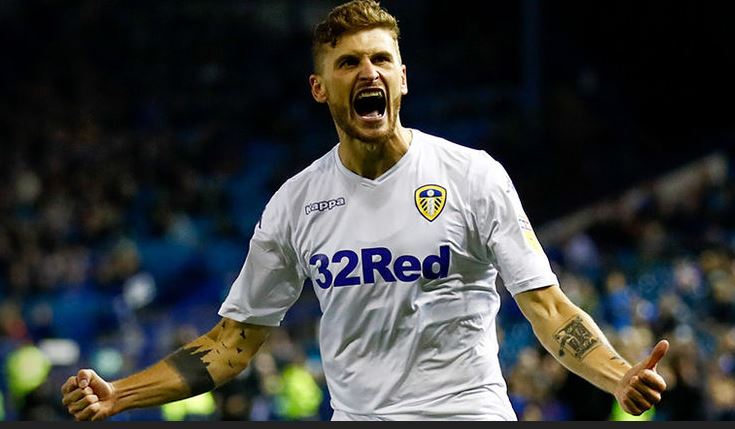 I am pretty sure that my next-door neighbour called the police about my constant screams of frustration during the final twenty minutes at Hillsborough. That was the most one-sided Championship match I have watched in a very long time. Credit to Adam Reach, the Wednesday winger scored a contender for goal of the season, but I have no idea how the match ended in a draw. To say that Leeds utterly dominated the game would be a gross understatement.  Mat Klich was tremendous from start to finish and scored a fantastic goal. Leeds ended the game with 25 shots on goal. That number of shots would win 3 or 4 matches. It is the second game in a row where I am utterly astonished how Leeds didn’t win. One point from a possible six against Birmingham and Sheffield Wednesday will annoy Marcelo Bielsa and his players because they should have really gained the maximum two wins.

The Argentine genius manfully admitted that he got his game plan wrong against Birmingham. On Friday night, Leeds produced some of the best football I have ever witnessed in my 27 years following the team. The home side could not get out of their half for the majority of the match. The movement and pace of passing from the Leeds players was a joy to witness. Leeds should have won the game by a landslide. The tactics adopted by the former Marseille coach forced Sheffield Wednesday manager Jos Luhukay to change his formation three times in the first half. I tweeted during the game that Marcelo Bielsa’s tactical knowledge and understanding of how he wants his team to play is light years ahead of every other coach in Championship. The display was truly amazing to watch, and in my view, it ends the doubts that the squad would repeat the catastrophic dip in performance which ruined last season.

Polish midfielder Mat Klich had his best game ever in a Leeds shirt on Friday night. The midfielder who was sent away on loan last season for making one error at Cardiff has been my player of the season so far. He is powerful on the ball, has a box-to-box engine, has superb technical skills and of course can score goals. Why did Thomas Christensen cruelly decide to neglect the player and send him on loan last January is anyone’s guess? The Poland international has regained his starting place for his country and has been like a new signing for Leeds this season. His overall performance against the Owls deservedly gained him the man of the match award. Klich was in total control of the midfield and scored a truly spectacular goal. Adam Forshaw and Lewis Baker will find it very difficult to dislodge Klich if he keeps playing to his current terrific standard.

Bailey Peacock-Farrell produced an assured display throughout the ninety minutes on Friday. The young Northern Ireland stopper was beaten by a breath-taking volley. I saw some fans on Twitter and Facebook stating that the Leeds keeper should have saved the shot. No goalkeeper in the world was saving that shot. Anyone who says otherwise is deluding themselves. In my opinion, the Leeds number one recovered brilliantly from last week’s errors against Birmingham. He showed no signs of nerves and made some decent saves in the second half. I think it’s now certain that he will stay as the first-choice goalkeeper for the remainder of the season barring injury or suspension.

I am still in total shock that Leeds did not emerge with the three points from this Yorkshire derby. To only score one goal is a bitter pill for the players, management and fans to swallow. Adam Reach told Sky after the game that Leeds deserved to win. I doubt the most ardent Wednesday fan could deny Leeds should have won the game. To create 25 chances and score one goal is a poor return. Leeds must regain the ruthless edge they showed during the start of the season. The clinical mindset of the missing trio of Kemar Roofe, Pablo Hernandez and Patrick Bamford could have made a considerable difference to the score-line on Friday. Only scoring a solitary goal is the only criticism of the team that any fan can bemoan on social media. Tyler Roberts had a great game, especially during the second half. His constant movement and electric pace continuously caused the Sheffield Wednesday defence serious problems. The main takeaway from that performance is that when the injuries return, the bench will be able to make a much more meaningful impact going forward.

The league games continue to come quick and fast and next up is a trip to face Hull on Tuesday and will be followed by an early kick-off at home to Brentford next Saturday. It will be another testing week for the Leeds squad with three games in 8 days. Marcelo Bielsa stuck with same starting eleven for the third game running, and he may well make some changes for the visit to Hull. The starting side looks so fit and fresh that he may stick with the same starting team. It is impossible to predict what the mercurial Argentinean will decide to do. In his press conference after the game, Bielsa stated that he did not expect any of his injured players to return on Tuesday. Perhaps Dallas and Forshaw will be given a starting place, however, considering the absolute dominance shown at Hillsborough, it will be hard to justify any changes. If Leeds can repeat that level of performance at the KC Stadium on Tuesday, it’s logical to believe that they will get back to winning ways.